When using the d3d_set_fog function, it does not behave correctly on a GNU/Linux system.

When using OpenGL 1.1, the ceiling and floors are pitch black if using c_black most of the time except when facing certain directions within a small degree. It does the same thing for c_white except instead of black ceilings and floors, they are white. Making sure to use draw_set_color(c_white) in the player Draw event does not help at all.

When using OpenGL 3.3, it does not render the fog in any way at all.

When using OpenGLES2 or ES3, you get x-ray vision in which not only does it render the wall closest to you but most of the walls on the other side.

Steps to reproduce the behavior:

Using d3d_set_fog, whether c_black or c_white and regardless of which OpenGL you choose, should render like fog would on a Windows system and not just white-out or black-out the floors and ceilings at almost ever angle you face. No weird x-ray stuff either.

Screenshot of what happens with OpenGLES2 and ES3: 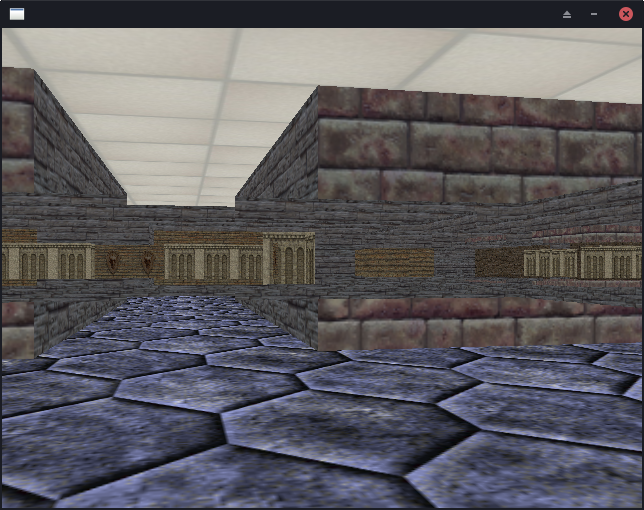 I have a feeling this is some weird OpenGL versus Direct nonsense. I have also read somewhere while doing some Internet searches, but cannot remember where, that games created with Game Maker Studio for Android also have similar problems.