Reporter: time-killer-games  |  Status: open  |  Last Modified: September 11, 2020, 11:14:04 AM
After a bunch of errors I get a solid fill color window. Nothing else. ENIGMA supports all the specifications for getting its games running on the pine64.org manjaro / whatever edition pinephone, except the graphics we need are:

Are there any plans to support this? Running games built with our current OpenGL ES 2 graphics system throws errors in terminal / zeniy / kdialog saying apparently we are using OpenGL ES 3 dependent code in our OpenGL ES 2 system and this really shouldn't be the case not just for PinePhone but also for better Android support. 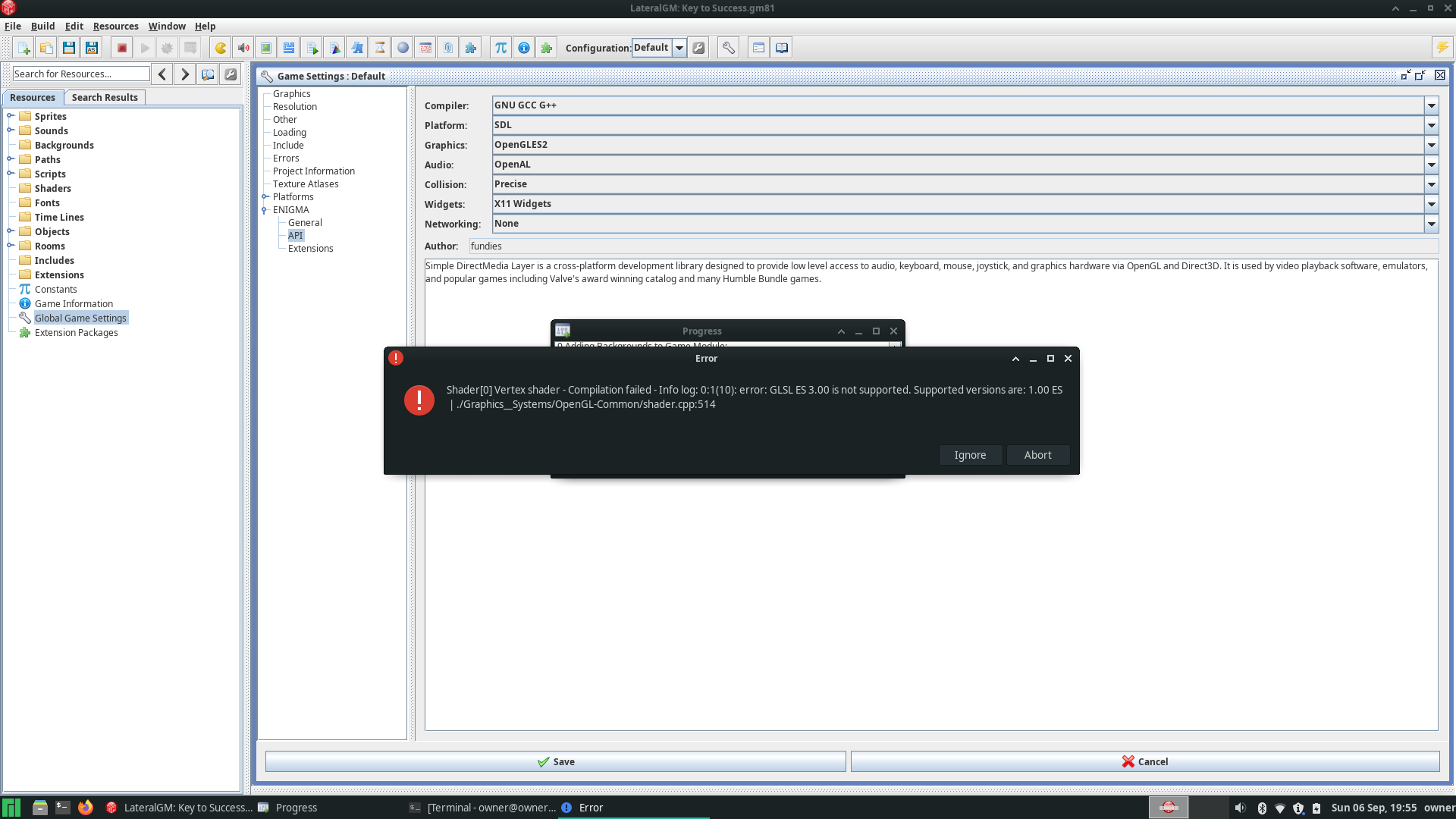 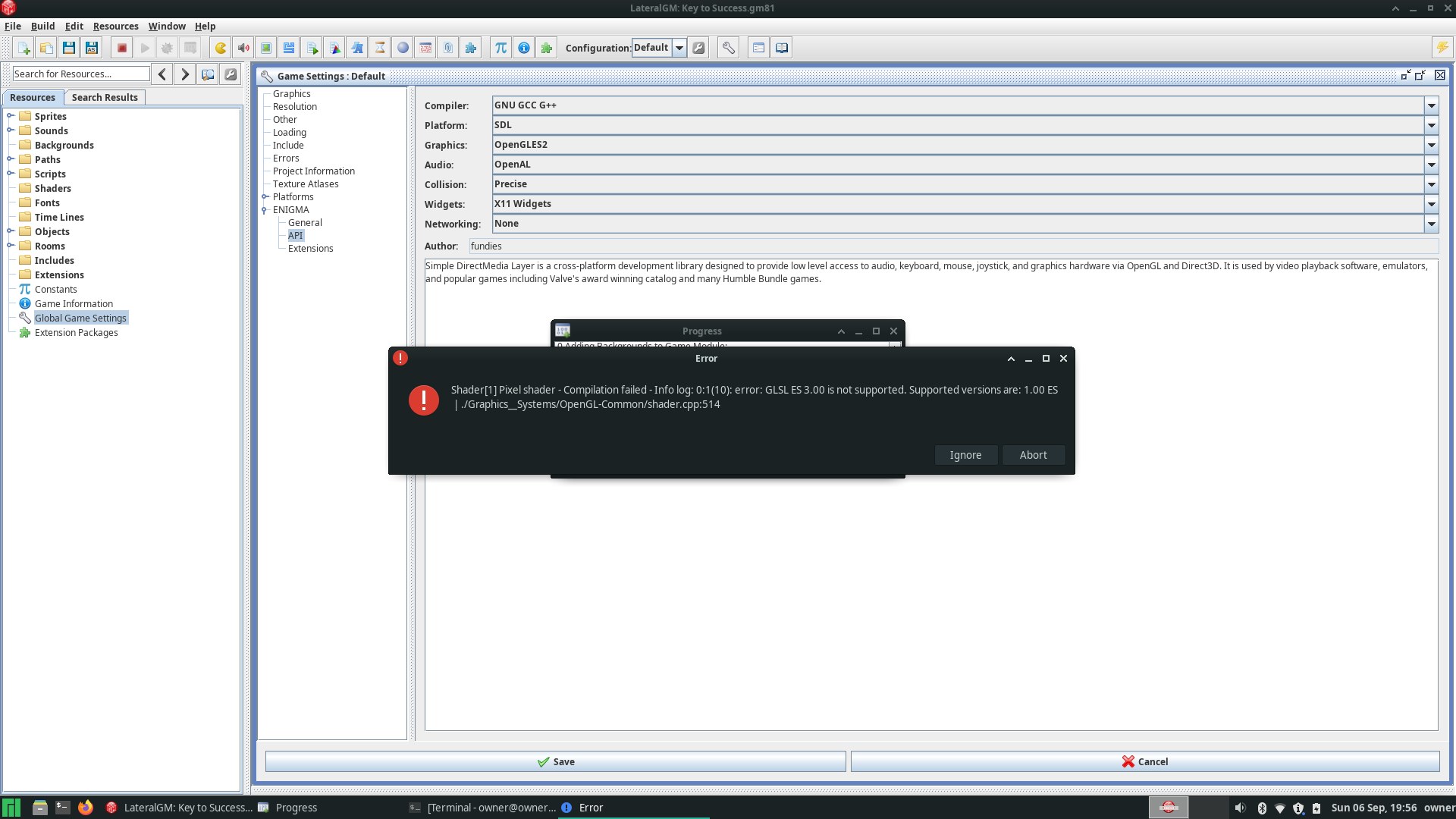 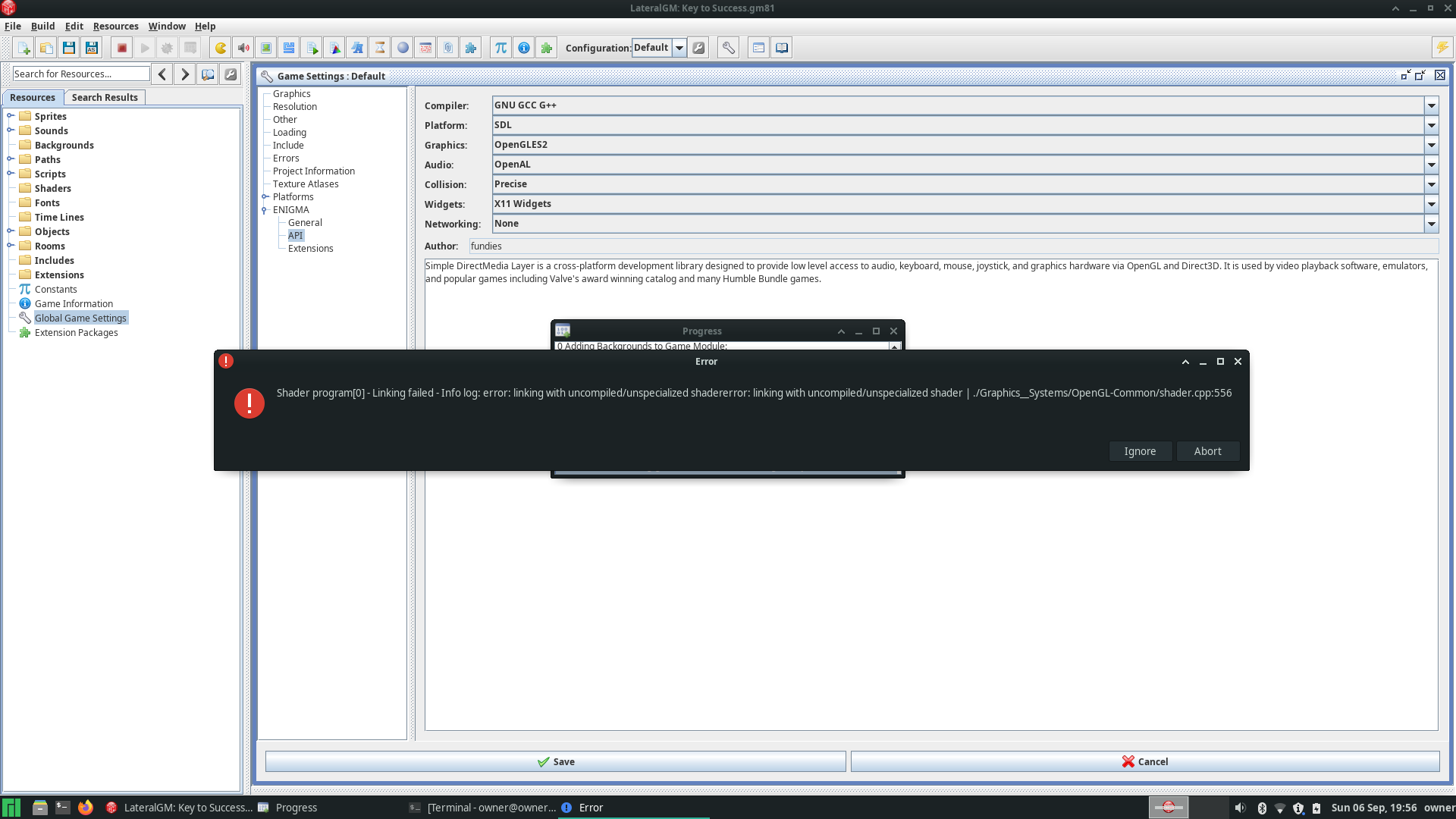 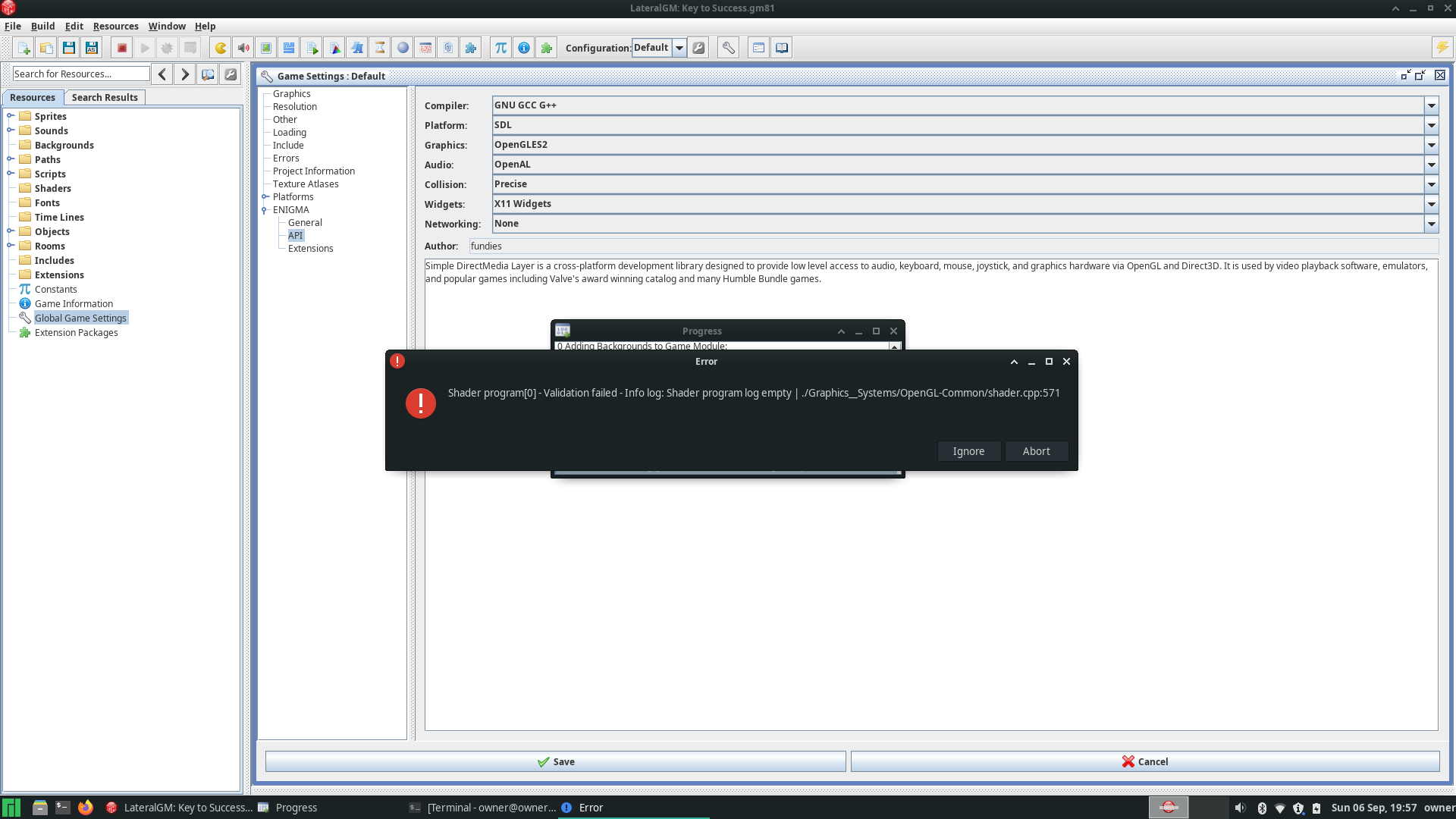 time-killer-games   September 06, 2020, 07:03:18 PM
ENIGMA games look as they should on the PineBook Pro when I switch to use OpenGL 1.1 but the PinePhone as well as most other arm64 architecture devices do not support anything but some common version of OpenGL ES (v2+). Using OpenGL 1.1 on the PinePhone results in a glitchy renderization of sprites and all other visual elements which kills it.

As a side note, if there is already an issue for OpenGL 3 code used in 2, this ticket can be closed.