Reporter: time-killer-games  |  Status: open  |  Last Modified: August 15, 2019, 06:32:40 PM
It's not clear to me whether my recently merged pull request, ( #1831 ), is to blame for this. I only tested it on Windows 7 initially. But after it was merged, I tested changing to and from borderless mode and a resizeable window on Windows 10, and some drawing issues arose that weren't happening on Windows 7. I don't actually own a Windows 10, the only Windows 10 computers in my house I have limited access to, because they are not mine.

In any case, changing the window border styles works great on Windows 7 and all Linux distro's I've tried since that pr, but on windows 10 switching the border style creates visual issues. I think it is because the screen isn't redrawing relative the new size and position it was moved to upon the styles changed. This is not an issue with fullscreen switching in any way. It also doesn't happen when starting the game in sizeable mode via global game settings in LGM. It only happens with borderless mode switching, whether at game startup or at runtime, or setting to or from sizeable at runtime. I can't confirm whether this happens on Windows 8.1 because I'm waiting for a response from hugar on his testing results, as I don't have Windows 8.1.

Again, I don't know if my pr is responsible for these issues, I'll look more into it in the morning after some rest. Also, maximizing, restoring, or resizing the window sets the drawing back to look as it should after changing the border messes that up.

time-killer-games   August 15, 2019, 06:31:13 PM
For reference, switching in and out of borderless mode in an empty default background color room will give you this black shit in the lower right of the client area. The same problem occurs switching sizeable 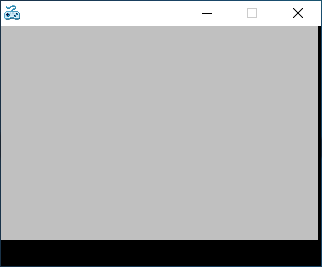