Proposals / Re: New Theme for LGM?

You seem to be on a really outdated version though. Have you had problems upgrading to the newer releases of LGM?
737 The first level seemed a little glitchy to me though, it wasn't animating properly and was running on the outside of the circle. But once I restarted it was fine and so was every other level, so I am guessing that was a wild fluke.
738

« on: October 18, 2014, 09:50:57 PM »
HitCoder, I am going to need to see an error report. If it just opens and closes immediately, copy enigma-dev/output_log.txt to http://www.pastie.org and let me see it. Additionally try it with the latest LateralGM, everything is working fine here, make sure you also have a 32bit Java installation, 64bit Java currently has issues. If you want both then install both 32bit and 64bit Java in parallel and modify settings.ini to launch ENIGMA with the 32 bit JVM.
740

I have to encourage everyone to update as soon as you possibly can. The new version of Java integrates JavaFX into the standard Java library providing CSS support, 3D graphics, MP3 audio playback and a ton of other features that we want to be able to use in LGM like SVG graphics with the widespread adoption of the new Java. Project Nashorn is also new which is a JavaScript parsing engine, allowing essentially LGM to provide JavaScript extensions like Unity3D.

It also seems likely that this will be one of the most quickly adopted Java versions ever.

General ENIGMA / Re: What happened to "wxEnigma"?

« on: October 15, 2014, 09:27:49 PM »
The project was cancelled because I hate the wxWidgets library, Qt Framework is more complete and supports themes much better. So RadialGM is the only for a future native IDE.
http://enigma-dev.org/docs/Wiki/RadialGM

The MDI area can switch between windows and tabs. Direct3D9 is honestly the best of the Direct3D versions, and is far superior to the GL1 and GL2 specs. Direct3D has software vertex processing and the ability to emulate shader model on cards that do not support new features, which has always been a huge positive for developers, in OpenGL it's really not feasible to do without duplicating tons of code. GL3 starts going in a new direction and provides more options, you can have both sampler objects and per-texture sampling information, the choice is yours. Direct3D10 also started going in the lower level direction, but in the wrong way, DX10/11 require a substantial amount of code to get a basic rendering context. This is obviously expected, but the code for Direct3D10/11 is so much more verbose than it is with OpenGL3/4.

OpenGL "Next Generation" is in the works as well. They're planning on deprecating all old OpenGL versions and starting anew in favor of an API more like Mantle.

I think it's overhyped.

They aleady finished, it's called GLES.

As to DX12/OGL, I'm not 100% familiar with all the technical aspects, but can you do everything DX12 can, in OGL or are there feature specific things only supported in DX ?

DirectX12 will really not offer anything that the other API's do not. Direct3D9 used to have image loading and could read various formats for you without extensions, but it's going lower level now so it doesn't have anything super special to it anymore. There are really only a few things that Direct3D10/11 have that will soon be superseded by the other API's, software emulation (which will be obsolete and no longer needed) and the illusion of threading (which Mantle has already addressed)
748

« on: October 13, 2014, 10:07:12 PM »
Basically the script wants to initialize local vars the first time it runs, this obviously doesn't work in ENIGMA yet. Second, he tests whether the initialization was already run by use of a variable_local_get call, which obviously neither ENIGMA or Studio support.
749

« on: October 12, 2014, 02:27:52 AM »
If I remember correctly I could have swore someone helped Overmars, like one of his colleagues or something along those lines, with the Direct3D support and a few other features of the original GM.

The Game Maker's apprentice too has other authors.
http://www.pompanobeachhigh.com/documents/holley/game_makers_apprentice.pdf
750 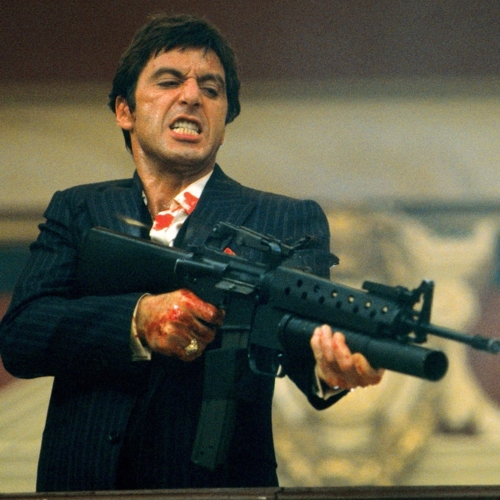