« on: December 07, 2014, 11:37:41 PM »
No problem sorlok and let me know if you need anything else! We also got that instance tree merged now so the other things you were working on when you get back to them should go a lot smoother now.

« on: December 07, 2014, 11:24:51 PM »
Haha not bad for the time completed sorlok! I made it all the way to level 4 before dying from a cactus, I feel these cactus's are a little overpowered, I don't want to sound like a noob though lol I don't play a lot of games anymore. Is there somewhere I can vote for your game or anything?
576

Off-Topic / Re: what if Atari bought GM instead?

It would probably be just as bad as it is now, Atari is not that great at innovating, though I doubt as much would be broken, progress would just have been a lot slower.

Studio would be as incomplete as Timmy Vermicelli 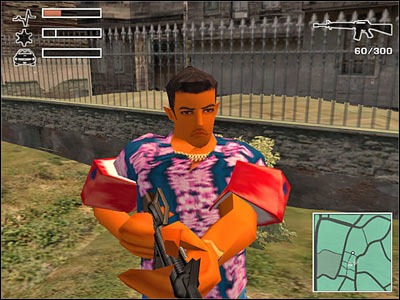 « on: December 07, 2014, 06:41:41 PM »
This has been in Studio for a while, you can use /// on the first line of code action to change its descriptive label. I just want to know what everyone thinks of this feature, maybe we could add it to LGM or not, would just like to know what people think.

« on: December 07, 2014, 05:30:05 PM »
Just an update, this extension has now been almost completely ported and should work about the same as it would with GM: Studio, it requires use of my special modified scripts which can be downloaded above. I had to fix some of our window flags to add the missing flags from GM8.1 that allow child windows to clip and render on top of our main window.
https://github.com/enigma-dev/enigma-dev/pull/884

Enter the following in a terminal or with git-bash.exe if you have the Portable ZIP and want to update manually (you may also need to download the new LGM and plugin jars):
Code: (Bash) [Select]
cd enigma-dev
git fetch
git pull
580

« on: December 07, 2014, 05:22:04 PM »
Update here I've made more progress and figured out why some of the object scripts were not rendering properly. It has to do with how I have replaced the variable initialization, for CreateWall or CreateFloor I had to completely remove the initialization because the user is expected to do it anyway, so I see no reason why this was necessary as it would just make the object invisible anyway. This also requires that "Treat unitialized variables as 0" is enabled in Game Settings->Errors

This is the updated CreateWall() script. I hope these changes are correct and that the original creator would agree with them, since something similar would be necessary to port it to Studio anyway.
Code: (EDL) [Select]
// CreateWall()
// This function creates a wall object and associates it with the object
// the function is called by. Before you can call this function you have
// to set the variables x2 and y2 which define where the wall goes to
// from it's origin, the variable height which defines the height of the
// wall and the variable texture which gives the index of the texture that
// is to be used for the wall. For information on optional variables and
// more information on how to use primitive objects read the help file.
Init();
InitializePrimitiveVariables();
/*
if (!ultimate3d_createwall_initialized) {
ultimate3d_createwall_initialized = true;
x2=0;
y2=0;
height=0;
}
*/
u3d_index=external_call(global.u3d_create_wall,x2,y2,height,texture,texx1,texy1,texx2,texy2,partsx,partsy);
if(u3d_index){
u3d_type=7;
}
return u3d_index!=0;
The lighting and graphics and all now work just exactly as they would in Studio. Edit: I managed to get the original dll working by fixing in ENIGMA's window flags and making them exactly the same as GM8.1

Follow the original topic from now on for further updates.
http://enigma-dev.org/forums/index.php?topic=1248
581

« on: December 07, 2014, 01:33:26 PM »
Just another update, I've gone and spoke to the creator and he offered some advice on using a modified dll built specifically to make U3D work for Studio, and it seems to have solved the flickering issues.
http://s9.zetaboards.com/Ultimate3D_community/topic/7435282/ But the location is completely off, so some more things will need fixed ENIGMA side. I also need to figure out what is wrong with rendering some objects, it currently only wants to render this billboard object.

Edit: According to the topic and Mr. Best this seems to be the correct behavior and the Init script requires you to set the location of the window.
http://s9.zetaboards.com/Ultimate3D_community/topic/7355275/
582

« on: December 06, 2014, 06:10:09 PM »
Well after a couple of hours of work I've managed to make some progress. I basically just had to remove variable_local_* and variable_global_* function dependence, which went pretty well though was very monotonous.

The remaining issue however is this, U3D keeps trying to fight our rendering system in all graphics systems. In the revised version if you move the begin step code of the controller into the draw event then U3D will render but there will be flickering between ENIGMA's render and U3D's. It would be of help if I had some insight into how u3D disabled GM's rendering system to see what we could do in ENIGMA to make it compatible. Someone should contact the author because I can't find out because U3D is not open source, I've spoke with the creator before because there has been a lot of discussion of U3D and ENIGMA.
583

Can you reupload it please?

Yes and I will put it on ENIGMA's dropbox so it won't go missing again.

Do you think it will ever be completely Compatible with Game Maker 7 and 8 ?

To some extent, our new compiler will actually be able to do execute_string through a compiler script, the function will still be slow like it was in original GM versions but it will work nonetheless while all your regular game code will have the optimizations of being fully compiled to C++. But that just gives you an idea of what will be possible in the future, and we are all working hard to make the program great.

I mostly work on the IDE called LateralGM, it also has a current beta/pre-release out right now, eventually it will be in a new release of the Portable ZIP.
http://enigma-dev.org/forums/index.php?topic=2269.0

I have an example the fps tutorial Doom like example and
When I go to game settings then choose loading then click on load custom image then click choose image and
load the desired image then compile the example when the game starts the image doesn't show. Is this a bug
or does it not work? is how can I add a loading image?

We have not implemented the loading bars, we were planning on going with GM Studio's splash screen options instead, however there is always the possibility of adding an extension to handle it. Which is honestly probably better, not a lot of games have loading bars like that anymore, it's not a consistent feature for HTML5 and stuff, it's really only relevant to certain platforms, but perhaps we could only implement the settings on those platforms.
584

« on: December 06, 2014, 11:55:30 AM »
I don't think I've ever participated in any game competition in my life, maybe I would consider it if I had more time, but with school winding down it's too soon. The best game I've seen Josh make was his last 64 digits competition entry. Good luck sorlok!

« on: December 05, 2014, 09:50:38 PM »
Hello UltraStar! We currently do not support the GEX extensions because nobody has decrypted the format, but the using the scripts and dll should still work, I partially had the Ultimate 3D extension working before.