« on: January 29, 2016, 07:04:49 PM »
Agreed haha, I imagine you are right about it being the most important, behavior wise and calories having a bigger influence and all. I'd look up statistics and stuff but I'm cramming a million things here. It's great that you've educated yourself about it, because that's imo the most important step in solving the world's health problems.
332

« on: January 29, 2016, 02:43:14 PM »
I agree with all of that. I only have the problem with cleaning my plate off when I really like what I'm eating, I'm not afraid to throw away food that sucks or starts making me want to vomit. But if it's Burger King or Outback Steakhouse I'll usually clean everything off the plate. I almost feel like I need to.

Anyway, another thing to mention about how you suggest the problem of making it a habit. I believe I read also that after a while your metabolism can change (not a whole lot, but enough to make a difference) to match your diet. I actually think that was in my health class I had to take for college. That pretty much backs up what you are saying, so yeah it makes logical sense.

I'll even cede that it's likely to have huge benefits if you were to just get rid of fast food. But I don't think that solves the health/weight problems for everybody, people need to make conscious decisions about their health. I just don't want somebody to take my Burger King or big slurpies from me when I can control my own diet just fine.
333

Works in Progress / Re: Croky

Can you detail the sound issues a little more? Do you mean switching the audio system in game settings/ENIGMA settings?

Also, when you are ready and if you want, we can share your game on ENIGMA's social media on Twitter or Facebook. That's entirely up to you, just ask.
334

At this point in time, I say just switch over to C++11, enough messing around. We ship the compiler anyway, there's absolutely nothing stopping us from switching.
335

These are the chips, and I ate about a 1/3rd of the bag (2,000 calories total * 0.33 = 660).
http://www.fritolay.com/snacks/product-page/lays/lays-sweet-southern-heat-barbecue-flavored-potato-chips

Other things to consider is that I'm the youngest, taller than my sister, but she's more like 150lb's. I'm also only 22 and people say my dad wasn't big at my age either. That's why I'm convinced that everybody is just different and genes play a bigger role than you're giving them.

Also, added a couple more that I need translated to the original post.
Quote from: LGM 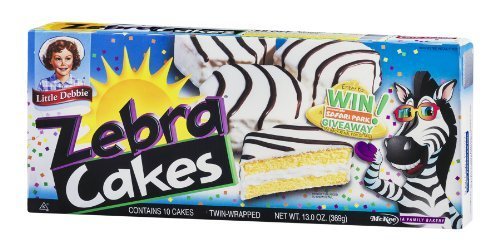 Well I can tell you what I ate today. For breakfast I had an omelet made of 3 eggs, milk, mozzarella cheese, onions, and green peppers, with more cheese sprinkled on top. Two short cake like zeebra cakes with a drink of milk. I had Lay's southern style red hot potato chips while studying earlier. For lunch I had a burger king whopper and medium fry. I drink water throughout the day and right now I'm eating the same Lay's chips again. I am not sure where that falls in lie, but this is about what I eat everday, and I weight 105lb's, I've weighed the same for the past 5 years.

Anyway, thank you ego! And sorry I didn't get back right away, I had to study for a Spanish exam.
337

« on: January 28, 2016, 03:26:02 PM »
So are you saying the disagreement is that in the majority of cases the leading cause would be diet and caloric intake? If so, I still don't think I'm necessarily disagreeing with that, just emphasizing that it's not the only contributing factor. I've not looked at any statistics comparing the causes of obesity, so I really can't disagree with you at this point. I am open to reading those statistics though. I just find it hard to believe too because I not only eat a lot, but my diet is primarily junk food that is as you suggest high in trans fats, calories, and all that other bad stuff.
338

He Robert, keep cool, i was just teasing you and i was kidding..

I know you are. I just like to clarify because even we Americans make fun of ourselves about our weight problems, but I think the whole world needs to work together to solve it. I often try to be objective on things haha.

I have another translation I've added to the OP.
Quote from: LGM

I doubt I can ever convince you of this, but your belief is incorrect.

Hey I am a very reasonable guy, and I agree with everything you said. I just think that everyone is different, so outright banning fast food or big slurpies isn't going to solve the health problems. It depends on each person, their medical history, genetic predisposition, and not just their diet.
339

« on: January 28, 2016, 10:13:00 AM »
Actually, I have to disagree with you on that. It's certainly not good for my health, and you're right about that. However, I am convinced certain people with weight problems are just built that way (metabolism). I also know that a lot of people with different disorders will have larger stomachs because of gut bacteria and infections like yeast. The evolutionary argument is that humans hunted and gathered for thousands of years (almost the entire duration of human evolution). Our survival instincts tell us to stock up as much body fat as we can while we have the chance, like squirrels do in the winter. I do know a lot of foreigners like to make fun of American's for their fast food. However, the real problem is that America has a really productive economy and a gross supply of food (not necessarily a bad thing). Combine that with humans natural tendency to hoard food, and you get a mess of health problems.

So basically, I don't think it's just a cultural thing for America to have weight problems, I think the same thing could happen in other countries too. Weight problems in America are worse among the remaining Native Americans because they are used to having a very special diet, which is different from fast food and the stereotypical American diet, they've eaten prior to the colonization of the Americas. I consider problems of overweight to actually be a global health concern and not just for Americans. I mean look at me, I eat all the time (more than my mother who occasionally has weight problems because of yeast infections) and people are always telling me I'm skinny as a toothpick. I really do know first hand how hard it is for some people to lose weight, as it is for me to gain weight.

But I digress, I went and tested Windows translations. In Windows the "Control Panel" is translated with a lower case title in French. For these reasons, I am going to leave the translations as you first did them because it came natural to you as a speaker of French. Also, most of the other French titles in LGM are already first word capitalized and latter aren't. That is what is the most important.

« on: January 27, 2016, 02:15:12 PM »
When you run French software (not sure how often you do) do you normally see capitalized titles on dialog messages like that? Like if you were using Word and had a message like that, what is the title usually like?

I'll be back in a few hours, I must go to Burger King

« on: January 27, 2016, 11:17:50 AM »
Would you say it's not shocking with the English translation though? You see in GM8.1 it says "Find a Resource" for example, usually it's ok to capitalize significant words in a title/caption with English. Are you surprised/shocked to see it capitalized in GameMaker? The best idea here is just to do what is consistent, but if it's not appropriate to French, I don't want to do it.

« on: January 27, 2016, 10:57:05 AM »
The folklore might not be that far fetched, it reminds me of A Bug's Life when they blow through the snail shells as horns. What is the song they are playing, maybe the national anthem? Believe it or not, my grandparents (dad's parents) were actually first generation immigrants to America. I think my mother's family has a few Swedish members way back, but that side of mi familia is mainly Irish and German.

So these are the same then? I just make sure I understand and it's consistent.
Quote

For example "Ressource non trouvée" does not capitalize the middle and last word where "Resource Not Found" does. Is it weird to capitalize each of the words for the title in French? Or were you assuming I would capitalize them?

Also, while I'm on the subject. Just out of curiosity, how do you speak/write English when your keyboard layout is (I assume) French? Wouldn't it have a different layout than QWERTY? I am just curious is all.
344

« on: January 26, 2016, 11:10:16 PM »
Your thinking is actually correct HitCoder, this is what GMX and EGM are both designed to be like. It's just a huge task as TheExDeus explains and LGM was designed around GM8 and earlier formats. It also can make compilation faster by having a CLI load the resources not loaded in the IDE directly from the disk (though as I've explained before, it's still quicker to pass them through memory/RAM if they are already loaded in the IDE).

I have started a 16b5 branch recently for LGM, it is intended to be the stable branch.
https://github.com/IsmAvatar/LateralGM/tree/16b5

After considering concerns of people like TheExDeus, I've decided to retroactively develop 16b5 with the help of Rusky and Josh. They are manually reviewing each and every commit. According to this branch, GM: Studio does not exist and GM8.1 is the holy grail. I am only pulling in solid fixes from any of the releases I've made, with fixes from sorlok and egofree and others. From now on, master branch is going to be considered experimental and eventually the stable branch may replace master. You will not see a million commits from me like "cleanup, cleanup, cleanup cleanup" with 2000 changes that you can't read through. I am isolating each issue and solving them independently. I am also following the style guide of LateralGM and paying careful attention to whitespace and other formatting concerns including marking of non localized strings.

Hopefully, we will have a more stable LGM project soon.
345