Messages - The 11th plague of Egypt

Besides this, I can complile and run games. I tried r9k example and it runs.

Same forced update here, on Win XP, and same version in About.

Plus the Make thing doesn't work.
169

Can we build up a list of things that are missing from gml somewhere?

BTW, my winmake.txt file points to \MinGW\bin\mingw32-make.exe but I still get an error
Quote

I had to install Make too. Then LGM worked and asked me to update some other libraries.
173

Probably installing the MinGW-Make you messed things up.
174

Chances are I'll post my project tonight, almost a year after the schedules release date.
176

If I make a save system for the map, and one for the units using that map, I'd better dump the GM's save completely.

Thanks God I'm safe with the lists, but I may crash the game since I'll have hundreds of units shooting thousands of bullets.
My collision system has been designed to do exactly that since the beginning, and if I can't use it to its full potential, that's a pity.

Couldn't Enigma fix this mess? To Hell with compatibility, I want to make a serious game!

@Ism
Ok, that makes me feel better, but it's still a stupid limitation. I'd better not make the bullets instances at all. Ray tracing YAY!

EDIT: yeah, I destroy almost every list, and there shouldn't be memory leaks. Plus I already have ray-tracing bullets.
179

I create and destroy thousands of lists in a minute. Am I fucked up?
180

I've seen it trow me errors when I load objects with lists inside. I just don't know ehat the heck is going on inside there.

No, it's erroring because ds_lists (and other data structures) are not saved, and thus, when you load and try to access your old ds_list, it is now gone. According to the GM Manual in the section for Data Structures (which you've clearly taken the time to read):
Quote 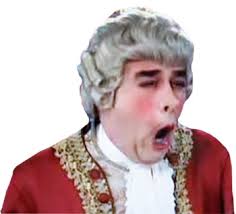