« on: February 15, 2014, 12:18:48 AM »
Why aren't there more user friendly commands and D&D for 3D stuff motherfuckers, why is your bloody shite only made to do 2D, if it is aimed at the people who don't know code, then you should provide the means for making 3D, what's the bloody use of having 3D capabiliies if most people don't know how to use them for fucksake.

Can you please commit suicide already, I mean, your going to die sooner or later anyway.

You are my brother from another mother, and you will always be......and even though some days I am still fucking bloody ashamed I would never commit such cowardice acts......never, and you really hurt me feelings there lad

You are right, I'm not even joking. I'm going to bed.

(cry cry cry cry)  I hope I did not hurt your feelings lad!

Maybe you can dream of actually making a decent game.

and don't make it about me young man I already have 3 potential best sellers of book in the process and soon to be published.

Your game is low polygon garbage.  the other fag who mentions Myst, lol, i wonder if he ever played Myst, because it's like day and night next to your game.

Anyhow it's way past your bed time anyway.

You just cannot handle that you've made yourself to look like a fool, you proved it so nicely in this topic.

Sorry if the truth hurts buddy !

General ENIGMA / Re: Compile to Android Work around

Jimmy no one wants you here please stop spamming. Leave us alone. It's retarded, it's like the more we tell you to stfu you intentionally do the polar opposite this kind of behaviour is unheard of and shouldn't be tolerated, Have a time out, little boy

You can't handle the truth say so!

The fag Cheeseboy might have a point about this senile project after all or what,
we grew on the same land and fondled the same cattle.

settle the fuck down lads, you all truly suck and you need people to remind you that's all.

Haha you must be really upset, masterbate and come back in a better mood so we can have a sober discussion. The screenshot you quoted I didn't make - Robert posted that.

I know that you eeeedeeot.

I was quoting your new found fuck mate, when he mentioned your garbage is good candidate for using external calls or something like that.  your game would not even be worth such luxury anyway !

Oh I am sober motherfucker, and don't worry lad I can handle the drinks,
you go have some tea now english boy.

I don't understand why people are making a big deal of your shitty game.

Seriously, to me it appears some people here have never played any other games in their lives but shitty game maker and enigma games ! So how could said n00bs compare, they have nothing to go by!

If people consider such mediocrity as "high standard" then fuck me ! I feel sorry for the human species.

you lot ain't seen high standard if it hit you in the face.

and you call me crazy ? get out of mum's basement and look around !
you are too busy making shitty games with shitty software ! perhaps you should go take your fuck buddy there and go play really good games and go learn what a real good game is, then you can talk about high standards.

Actually, it is much more, this is a full graphics abstraction layer, which means we could remove all of our graphics systems and have all of it just GLES, but it can run in D3D9 and D3D11 mode. So this is exactly why Studio does not allow you to choose your graphics system. I have permission from Josh to implement it, but I am having a bit of trouble building it. This would also mean OpenGL framebuffers would work for people with shitty PC's like polygonz by use of the EGL_ANGLE_direct3d_surface extension.

What the bloody fuck do you care about people's shitty PCs

Do the new next generation games worry ? NO.  you don't have a PC up to par you can't run the fucking game, simple as that.

Issues Help Desk / Re: Is there any way of picking the C++ code before it is passed to the compiler

C++ code is always generated, and can be sent to any compiler. You won't want to edit the generated code; it is not pretty.

You got that right !  Nothing is pretty about the program you fucked up and painted yourself in a corner now.

You ought to be ashamed of yourself motherfucker.

why go through such trouble anyway, you don't have to necessarily pack all your shit inside 1 file dumbarse.

many games out there have multiple folders and individual files (maps, sounds, models, graphics, etc.)

no use on getting worked up over all this protection nonsense because people will find a way to break your games anyway as it is so easy, you can run but you can't hide.  Focus on making a decent game bloody n00bs besides fear not nobody would want to steal your shite anyway.

Boy you are really that fucking daft ?  Hey Time Killer I think you found your perfect match.  Maybe you can help one another with your gay games.

this is too much this

It at least to me doesn't really matter what resolution is used as it automatically gets scaled to fill the screen (much like the full-scale option on windows) when running the apk. But the aspect ratio does matter if the width < height fixed portrait should be used otherwise landscape. But typically I recommend 4:3 like 320x420 or 640x480 for small games and 1024x768 or even as big as 1280x960., which is what I typically use. If your game isn't 4:3 an easy fix would be change the view ports in the first room's view settings to be 4:3 and the viewport can't be set at runtime so whatever you set the w/h view ports to in the first room then all the rooms and views of that index will have that w/h  view port.

virtual_key_add() can simulate keyboard press/released/down by making a tapp-able rectangular areas on the touch screen which will act like the keyboard buttons. The problem with this however, we as human beings have only two thumbs, so due to the way most people hold their device is kinda like a game controller. But technically only the thumbs can press the buttons in that posture due to moibile devices and tablets are rectangular and not shaped like a console controller. So each hand can only press one button at a time.  Meaning you can only press two buttons (one on each side of the screen) simultaneously which can be a major problem, a fairly easy way around it however is to make a virtual joystick.

I've never had issues with running my games on android and I've made games well over 100s of MB made mostly of large sprites and backgrounds. I really don't think we'll have much trouble getting your games to work how they should on mobile. All this hardware limitations and crap I'm very certain won't be an issue with you as it hasn't been for me and I use rediculously sized sprites especially when I make pre-rendered 3D Myst games we are talking multiframe sprites as big as 1024x760 and panoramic textures as big as 2048x2048 trust me dude it won't be a problem. =)

Wow - you are really taking it to high standards, that's nice, that's exactly what I am aiming for.  Are you using GM Studio or ENIGMA from scratch ? I was not even aware one could use such big sprites in GM Studio.  I read on forums about some people complaining of not being able to use large resources particularly on the GMC forums, and I have noticed this too.   So you are using pre-rendered stuff, great, that's what I intend to do as well, using 3D elements in a 2D game, using pre-rendered sprites, blending everything together.
As far as 3D rendered scenes that's great for building adventure games.
Which program would be good to use if I want to render rooms with lights, tables, objects, halls, doors, etc, if I want to build an adventure game ?

Of course by using those big resources they take quit a lot of RAM in GM:S, I don't know how ENIGMA handles it, but from what I recall back in the GM days the bitmap was stored twice ?  Sound is stored uncompressed and so I must assume you have a lot of RAM.  Also to do the pre-rendered 3D sprite or large objects, those take a lot of RAM too, especially the large, multiframe sprites

In GM:S I remember projects of only 2-4MB when run would take 50-100MBs of RAM, imagine when using pre-rendered / multiframe sprites, large resources.

awww shite !!! I thought I was your best friend.

Well guess now you found a new cock to suck.  What is this newb central ?
the newb game makers stick together

what's that faggot on about, your game looks nothing like Myst, it's even a fucking insult to compare it to Myst !   Myst is a classic. Your game is just a jumbled mess of random garbage.  you can't even fucking render your scenes properly you dumbarse.

General ENIGMA / Re: Should I help Develop Enigma?

Neither program is worth their respective price tags.

As far as the really amazing game part, come on, what planet are you living on, there is nothing even close to being called amazing these days be it gaysmaker, smegmigma or other shite !  most of the stuff out there is overpriced garbage
you can barfely play once and then toss away.

« on: February 14, 2014, 11:19:41 PM »
Who are you shitting ?  More like best candidate for worst attempt at an indie game !  Don't think he will need external handling with all those shitty graphics.
it would be more of a waste of resource in the first place, meaning the whole game.
the best thing he could do for this game is not releasing it and spare himself of the mass mockery !

Why no playable demo? Your water looks nice, btw, all of your renders remind me of this old school voxel engine. 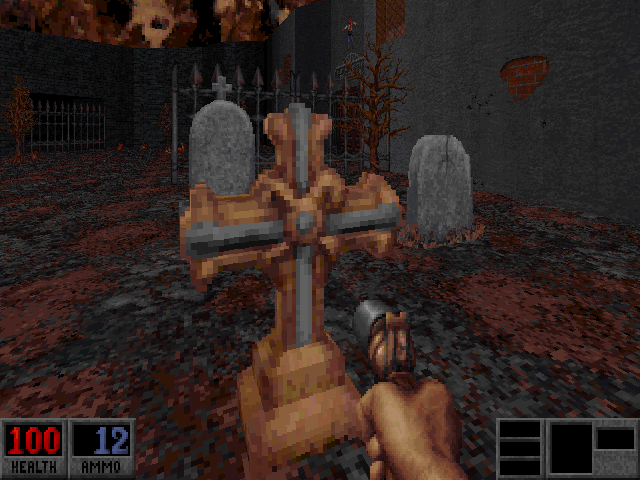 I don't mean that in a bad way, I am a huge fan of voxel graphics!

His kind of game would be perfect candidate for dynamic external resource handling especially when dealing with big files.
Personally if I made this type of game I would be using external resources and making good use of threading.

I'm taking a break from this project for a little
while so I can recreate a small blast from the past.

Mark the Penguin is back and better than ever.

This is the best decision you took so far !  You decided to take a break from your shitty game nobody will bother playing (boring ass game), shitty graphics and
retarded story.

Your new game is just as bad and highly retarded as your first, boy you really outdid yourself.

your graphics suck my dick !