« on: June 25, 2014, 11:13:35 PM »
I guess we figured IDs were less ambiguous than strings, where in fact, it's easier to keep track of a string name than an ordering for IDs. I'd prefer assigning separate string IDs to each option, rather than using the label, for i18n reasons at the very least.
287

Off-Topic / Re: Using GameMaker:Studio for Ubuntu

« on: June 23, 2014, 07:49:30 PM »
Unfortunately, no; working with VirtualBox network adapters has been the bane of my existence in the past. I just tried all the options until I found one that worked. Here isn't a good place to ask about VMs, especially when Ubuntu is on the inside of the VM.
290

There is also a long answer:

Offering compatibility with GM is becoming a more and more complicated problem for these reasons. I was looking into compiler scripting as a solves-all, but in this case, offering a GM compatibility dropdown seems like a perfectly fine solution to me. I am not sure, but do not think our settings file format presently supports combo boxes, but I could be wrong, and if not, that feature should be pretty easy to add.

If we aren't already doing so, we should invest in sending options as a list of key-value pairs so that the true dynamic nature of our settings file is exposed. I recall that Ism and I had set that up correctly a while ago, but am not certain. This translation should be happening compiler-side, though; the IDE should be reading the ENIGMA Settings YAML and generating that dialog, then just sending the values for each key.

It was my original vision that extensions would be able to express their own internal option states in a similar fashion, by providing a settings.ey file. Again, though, it sounds as if your solution is more easily expressed as a generic GM5 vs other GM-versions quirk. Unless you think there are other reasons a user may wish to default that variable to true, in which case, extension settings would be required.

To elaborate on compiler scripting, this would enable an extension to insert a code printing directive directly into the compiler. This is the ultimate end-game for allowing custom resources, and removal of resources that simply bug users. In this case, you would probably use an extension-specific settings file and then handle it from within a compiler script. This is a very involved solution that is not likely to be made available to you anytime in the near future.
291

Issues Help Desk / Re: [Linux] Current build will not display correctly for OpenGL3.

« on: June 22, 2014, 07:15:16 AM »
Isn't there already an option for that under the Show menu? You can toggle visibility of objects, tiles, backgrounds, and views there. They're disabled by default because they're quite ugly and not actually going to show up in-game.
293

A better (and more permanent) reason is that XM is more portable. The files are a little larger on average, because the sound samples are stored inside the file. This means they sound the same between Windows and Linux. Moreover, I've never used a Linux program with good MIDI support; as far as I can tell, the Microsoft soundfont that encapsulates everything people think of when they hear "MIDI" is (A) proprietary and (B) not actually a sound font, but a DLL.

OGG/Vorbis is an extremely portable alternative. Everything can play Vorbis, anymore.

I am... extremely curious as to how successful a JavaScript sequencer would be. We used JavaScript to allow writing custom waveforms for instruments... it was awfully slow.
294

« on: June 20, 2014, 07:55:00 PM »
The Pi was a cheap example; many Linux distributions, including Arch Linux, ship the same way.  Few people choose to have their computers in that state; a Pi is just an example where you don't have much choice, so it ships that way.

As far as simplifying architectures goes, it happens all the time. In embedded systems. You can't ship one product and have it perfectly simplify everything your users might code. ENIGMA has the slight benefit of assuming you're coding a game. We don't have the ability to tailor to 2D games, or platform games, or RPGs, or 3D shooters.... The best we can do is offer tools to help you with whichever you decide you're making.

In the same way, vendors can't assume you need ASCII, a degree symbol, copyright symbol, trademark symbol, Spanish and French accented characters, and some box art. We used to get away with that, and it made some tasks easier. It just isn't on the table anymore.
297

The redeeming quality is that the other "maze" generator is now a total of seven chars longer:
chars="┓┗┛┏┳┻┫┣╋"; while :; do printf ${chars:$((RANDOM % 9)):1}; done

For an extra $3, I'll set a frontend to Geordi as your scripting environment.
298

I used to love screwing around in MS Paint. I would amaze my classmates by creating semitransparent objects using stippling, even though the displays were 800x600 and you'd have to be blind not to see the pixels. Yeah, Windows 95 was the best. This doesn't make what I did color interpolation, and it doesn't make that line print a maze. 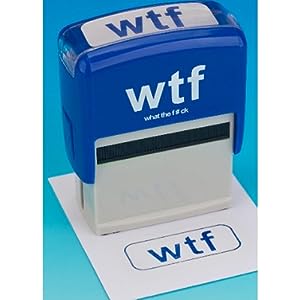 Well, I don't cache anything. I don't know where this is happening. It's possible someone butchered the code I wrote that checks if a file will change before re-writing it (touching it) to reduce compile time, and managed to just not update timelines at compile time. Could you print the code ENIGMA is receiving and verify it's up-to-date? If it isn't, it's being cached LGM-side. Otherwise, it's either somehow cached in the compiler (old pointer, somehow? horrifying) or just not updating the file. The second compile in that video appeared to be REALLY fast, yeah? I'd guess the latter.
300