« on: November 04, 2014, 12:34:08 AM »
Well let me go into a little bit of detail here. First, I am using JToolBar for that filter because I wanted the buttons to render as tool buttons so they are nicer and more compact looking, plus this way you can drag it around and even hide it easily. Some look and feels would not allow the search filter text field to stretch out, one of these is the default Swing look and feel, but the Windows look and feel does let it stretch out. So I decided to use a GroupLayout to get the text field to stretch under all look and feels. Now we update the look and feel after changing it in preferences using updateComponentTreeUI on every Window, at this point I believe the layout is being destroyed or replaced back with the default toolbar layout.

So really, the look and feel system was never designed to be switched at runtime. I was honestly considering making the user have to restart for the look and feel to take effect at all, but currently I am looking for solutions to work around these problems. Additionally I would appreciate anyone that can reproduce the JDK Focus Traversal bug which is specifically related to renaming resources on KDE test the jars I have posted to the support ticket.
https://github.com/IsmAvatar/LateralGM/issues/124
647

« on: November 03, 2014, 07:10:16 PM »
We already have the code editor preferences outlined, look in the new preferences window, but don't set them they are not finished and are unlikely to work. It is expected to be finished before 1.8.7 major release

Second, can you PM me a download link to the project file so I can attempt it myself? The output log is getting mangled because it looks like you're loading it from the command line or file association.

Additionally, does this project work under the old LateralGM before you updated?
648

« on: November 03, 2014, 04:21:04 PM »
Why does the splash screen say LateralGM? Because the IDE is LateralGM, it works without ENIGMA, ENIGMA only provides the ability to compile games and supplies the run buttons and stuff. The whole point is that LateralGM and ENIGMA are completely separate programs that can be used independently of each other which lets us appeal to a wider audience.

Also you can now use a custom background image for the MDI area, create a folder called "lookandfeels" next to enigma-dev/lateralgm.jar and put an image called "lgmbackground.png" in the folder and restart if you already have LGM open and it will use your supplied image as the new background. This is so users can use a dark compatible background with dark look and feels, in addition to allowing you to simply customize it. 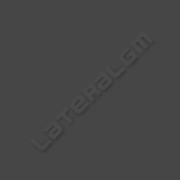 Actually enigma-dev/output_log.txt is more useful in this case.
649

« on: November 03, 2014, 01:58:24 PM »
I really can't do much about that egofree, it's mainly a Java Swing issue with it not updating the layouts properly, that is why the message box states that you may have to restart for some settings to take effect. I think I may in fact disable it automatically updating and force you to restart to change the look and feel, because there are other issues caused by updating it immediately that aren't really fixable.
650

Issues Help Desk / Re: A quick question about .lib files.

« on: November 03, 2014, 01:44:38 PM »
Howdy TOT_COMICS! Most of the LateralGM directories are not actually created automatically, this is because we release it as a single jar because it can be used separately from ENIGMA to just edit files but not run them. We hook ENIGMA which is C++ in using a Java plugin, which is in enigma-dev/plugins/engima.jar

So to add libs you want to create the folder "lib" next to lateralgm.jar and place the libs inside that folder. We also have our own action lib maker that supports LGM's LGL format and GM's lib format, but it doesn't really matter you can use .libs or .lgl's we support both action library formats in LateralGM.
http://enigma-dev.org/forums/index.php?topic=1517.0

Just like GameMaker you will need to restart for the action library to be loaded. I hope you find my response helpful, and let me know how it goes!

Also I did a quick test to make sure my instructions were correct and I was able to use the following 3D Action Library from the GMC.
http://gmc.yoyogames.com/index.php?showtopic=286088

It appears we however do not support the transparency key in them, for which I have opened a support ticket.
https://github.com/IsmAvatar/LateralGM/issues/161 Edit: I have fixed the transparency bug on the tracker and it will be fixed in the next minor release of LGM and I will post it in my other topic.
http://enigma-dev.org/forums/index.php?topic=2269.0
651

« on: November 03, 2014, 01:40:34 PM »
Probably, I've completely finished the search feature now, try downloading the new version, the latest version should search all drag and drop actions. Plus when it opens the code editor it will focus the line number of the search result. Just follow the topic I make regular updates there until we reach stable version 1.8.7 at which point I will an announcement and a new Portable ZIP.
http://enigma-dev.org/forums/index.php?topic=2269.0
652

« on: November 02, 2014, 05:20:54 PM »
It's fine, where exactly did he download from? The Portable ZIP on our website? It would probably help if I would update it soon to the new LGM, which I will be doing once it reaches a stable version.

If you could at least give me any other information to reproduce the issue he was having I would appreciate it so that I can at least prevent the same exception from occurring again in the future.
653

1) Rename the file without underscores, spaces in the path, or any special symbols and try loading again.
2) If that does not work, if he can at least get the IDE open, go to File->Recent Files->Clear

If he can't get the IDE open I'll take a look in the registry at how to remove the recent files. Let me know how it goes!

« on: November 02, 2014, 04:08:34 PM »
Alright another update with more bugfixes. This release contains specific fixes for control property links and reverting game information so I would appreciate it if everyone could test the various editors and make sure values are getting saved properly and everything, specifically the room frame and game information frames.

You can update with python install.py or manually from the Extra Packages page.
http://enigma-dev.org/docs/Wiki/Install:Extra_Packages
655

« on: November 02, 2014, 12:14:16 PM »
You're welcome HitCoder! If there are any other issues or exceptions don't be afraid to report them it's the only way I can fix them and we've been making considerable progress with fixing old bugs in the new LGM.
656

I want to do several things still:

1) Get the Code Editor preferences actually working
2) Fix a regression in DocumentLink that is causing errors because of the other useLegacyMergeSort bug you found.
3) Implement print support for JoshEdit

Now as for the search toolbar disappearing no that should not be happening and I can not reproduce it. Go to File->Preferences and see if you accidentally unchecked "Show Tree Filter"
657

Another update with some more bugfixes that were introduced along the way.

* Code completion should work again, Josh mistakenly forgot to implement HasKeywords on GMLTokenMarker
* Room editor File->Close button should work now, it got disabled under confusion of its purpose during my earlier refactors to fix reverting.
* The error dialog was never supposed to be editable, it no longer is but you can still copy it to the clipboard and it still shows the caret.
https://github.com/IsmAvatar/LateralGM/commit/dac8b911ad74131189f6c767e8023827f830330e
658

Click the link above or Right Click->View Image to download this image and apply it to LGM's background.

« on: November 01, 2014, 08:34:30 PM »
We have made some improvements in the graphics department however with Android. Our OpenGL3 graphics system is being actively worked on by TheExDeus in the hopes of porting it easily to OpenGLES, which is OpenGL for Embedded Systems. I wonder if sorlok could weigh in here as he has built for Mac before, I'll ask him.
660

No he has a bloody good point, if it were that easy and obvious then ENIGMA would have had a custom exception that long ago, now it is running after attorneys and legal help and being rejected and ignored left and right, where IS that custom licence ?

It is that easy, what is the point of changing ENIGMA's license when it's not finished? The more time we spend arguing over the license we will eventually end up with a wonderful license and nothing to actually license. Until someone makes an actual game and is ready to make it commercial with ENIGMA the subject is basically moot to me, we can cross that bridge when we come to it. A more proprietary license will not automatically bring more developers, users, and automagically make us all rich.

I really just want to know why anyone needs or wants the license changed immediately and why it is such a pressing issue, nobody has made an argument for this accept that fact that it may be hard to contact contributors in the future. Besides this I haven't heard one person specifically state a logical reason why they personally want a different license.

Additionally he only stated an open or permissive license generally, though he may have implied ENIGMA's license, he never said anything about ENIGMA. I will nonetheless give you a perfect example of an amazing game engine that has a permissive license and makes use of other open source software, and that is Irrlicht which is ZLIB and was started and developed by mainly 1 dude, Nikolaus Gebhardt.
http://irrlicht.sourceforge.net/
Quote from: Irrlicht

The Irrlicht Engine is an open source high performance realtime 3D engine written in C++. It is completely cross-platform, using D3D, OpenGL and its own software renderers, and has all of the state-of-the-art features which can be found in commercial 3d engines. We've got a huge active community, and there are lots of projects in development that use the engine. You can find enhancements for Irrlicht all over the web, like alternative terrain renderers, portal renderers, exporters, world layers, tutorials, editors, language bindings for java, perl, ruby, basic, python, lua, and so on. And best of all: It's completely free. 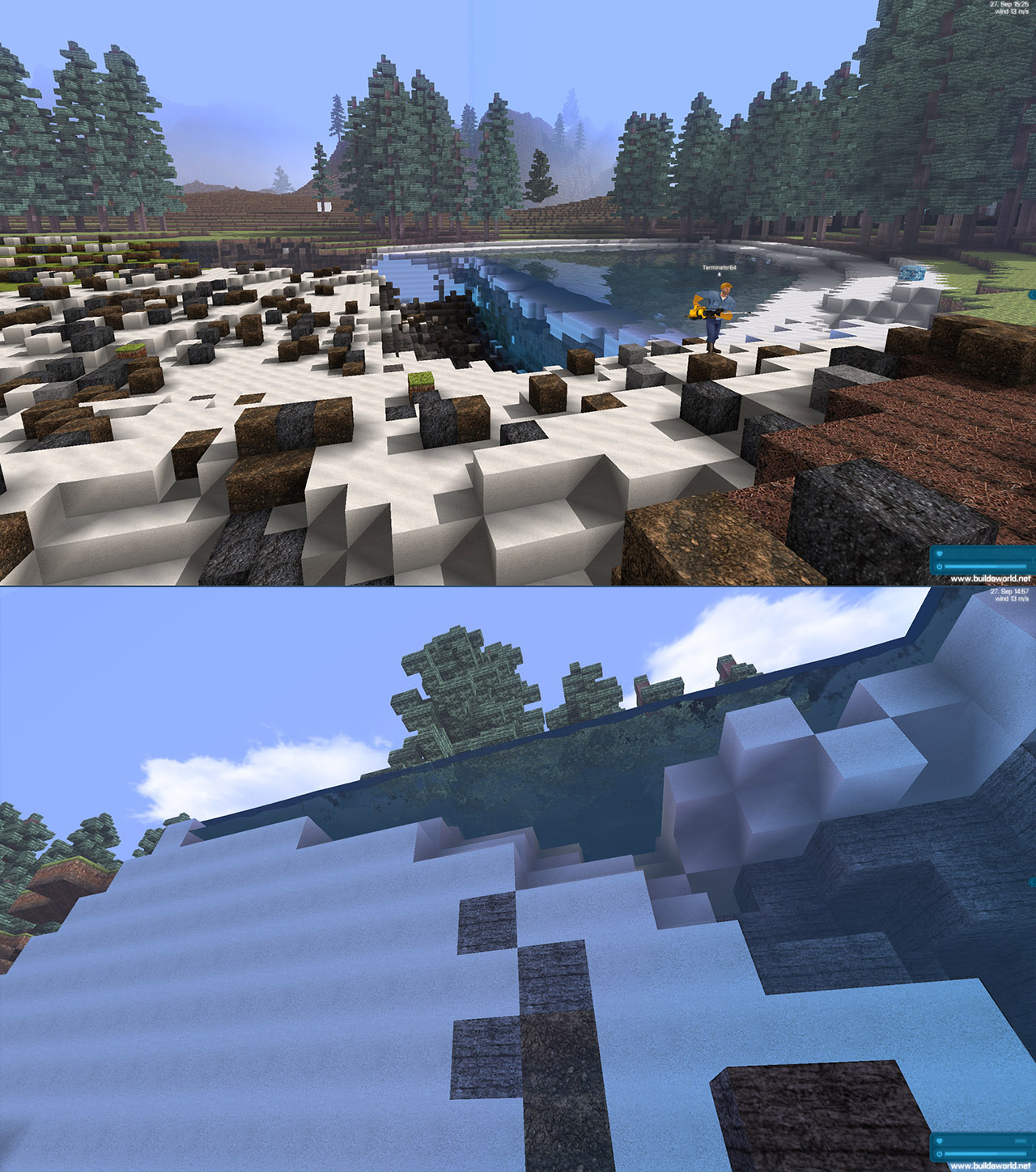 Really? Take a look at the current state of ENIGMA.