« on: January 31, 2014, 11:03:20 PM »
Is somebody going to merge this pull request here or what, it is completely unrelated to any of this icon stuff and only contains bugfixes and 4 added functions.
https://github.com/enigma-dev/enigma-dev/pull/635

I'll put one of these icons into LGM and commit it and build that LGM for the next portable ZIP. But this pull request needs merged first, and an icon needs picked. I vote for the 3rd or 4th if all gears are made pure white.

I also think alpha should be 0-1. It's the way it usually is and it is mostly how it is in GM and ENIGMA right now (I actually can't think of a function taking an unsigned char). So we should stick with one convention.

Using double for alpha is inconsistent with all other color functions for RGB accepting 0 to 255 and returning 0 to 255. I am glad YoYoGames is finally correcting this.

int is all you ever need for RGBA, 4 bytes total, and no more, the system and the monitor can't even display anything higher, let alone could your eye notice it that is why it's full color, the only argument I've read for using floats is that it is apparently easier to understand... why people think that I do not know

Even worse. I don't care what you make the icon; don't make it anything that even remotely implies we are supporting a brand. Especially not that brand. The icon I made that was nothing but circles reminded you of .NET, so you replaced it with a goddamn XBox controller. Let me tell you, the XBox reminds of of .NET.

Well you could have made more, a variety, a selection at the very least. Make some pretty ones, and make them all game related.
1818

Conventionally, alpha is a float.

I am not sure if you mean GM or in graphics programming such as OpenGL, but you already know how I feel about alpha being anything more than unsigned char.

But some GML functions accept 0 to 255 for an alpha and others take float.

And why is the game icon a sixaxis controller?

Yeah that icon you made started making me violently ill everytime I saw it, it made me think of the .net framework or something similar.

If you want me to be more coy about this, I can tell you that ENIGMA now compiles on the .NET Framework and XNA if you like 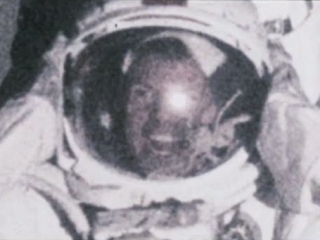 We were on the moon, everybody had - matching socks! Somebody went exploring and there they saw a rock! 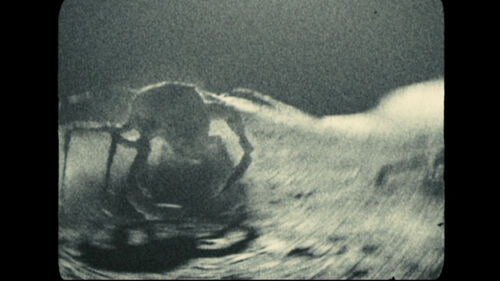 « on: January 31, 2014, 05:44:33 AM »
So I finally managed to figure out a little bit about how Josh's compiler works and was able to fix the issue with why definitions modified was populating keyword and function lists for the plugin with only those that were unscoped.

I have also partially corrected the issue with them not showing up properly in the Function List panel and the autocompletion window.
The following is the commit to the LGM plugin that resolves this.
https://github.com/enigma-dev/lgmplugin/commit/e82762d65e0b47f41cfcf3d240948d1344d95941

As you can see in the following image not only does it display correct but ENIGMA specific functions such as those for threads will now syntax highlight. While I am on the subject, this window from the plugin should have access to all definitions and be able to filter them, for debugging purposes it is useful to look up definitions and tokens from other namespaces and what not. This could also all be done from a single window.

I created a mockup of what the frame could look like in Qt. « on: January 30, 2014, 10:55:02 PM »
It's not added yet because I haven't had the time. It is not that important on desktops where video memory is not quite as expensive and bigger games such as Battlefield, SimCity, etc. require effective use of multi-texturing which ironically can have the same outcome in reducing memory usage. Texture paging is more of an issue for mobile games where AGP memory is limited.
1823 Documentation is available on the Wiki.
http://enigma-dev.org/docs/Wiki/Display_and_Window_Functions

Now this also gave me the idea that we could overload all of these window functions to accept the Win32 handle allowing them to work with multiple windows. Another important thing this would rectify is removing the need for message_* functions, such as message_alpha, allowing you to obtain the window handle of a message box function and simply use window_set_alpha()
http://enigma-dev.org/docs/Wiki/Message_Box_Functions

We should also consider doing the message functions entirely differently and modeling them after something like Java/C#/VB message boxes like the following.
Code: (EDL) [Select]
mid = message_box_show("Hello, world!");
wid = message_box_get_window(mid);
window_set_alpha(wid, 150);
message_box_set_visible(mid, true);This could all be done without removing support for the old version of the functions.

This would be the equivalent in Java. (even though there is a bug in JDK 1.7 making this example cause an exception)
Code: (Java) [Select]
JOptionPane.getRootFrame().setOpacity(0.5f);
JOptionPane.showMessageDialog(null, "Hello, World!");
There is however another issue and that is our Message Box system does not have a dialog result interface.
http://msdn.microsoft.com/en-us/library/20stz12s%28v=vs.110%29.aspx
1824

This can also be done to speed up the loading, as you can load many resources in parallel.

I have been thinking about that this entire time. Though what got me started on it was video streaming for that new guy who posted yesterday.

edit: And just for a record - what namespace the threads run in? Can you actually access instance local's and such? Or just globals like GMThreads?

If you can access object locals from a script then yes obviously, but that could lead to the mutex issues DaSpirit and dazappa are complaining about.

And is it async to room_speed too? Like an infinite loop in the script will run it as fast as possible (like thousands of times a second and thus create a CPU spike)?

Hum, that's a good question, I think I want to say it goes to infinity because only the main thread does the framerate stuff. So nothing is blocking the execution. But there is always sleep()

Just set a global.framerate_rendered = true; everytime the draw event occurs, then check that in your thread.
1826

But I want to add to this post I also went ahead and added the asynchronous dialog functions to a new Asynchronous dialog extension. It works perfectly just like Studio and I ran plenty of tests on it. The reason for making it an extension is because of how retarded these functions are and that they rely on other extensions such as data structures as well as threading (though not an extension).

I have partially corrected their stupidity by making the async functions not just return a retarded id but they actually return the index of the thread. Then you can bypass the async dialog event all together and just call thread_get_return(id);

Interim documentation is available on the Wiki.
http://enigma-dev.org/docs/Wiki/Message_Box_Functions
1827

Indeed, and I am a windows user

Not anymore, I just added threads for Windows to couple our POSIX threads so that script threading will work on all platforms. This way you can do the above mentioned escape key to close video playback with DirectShow. If you don't mind I am also going to move this over to off-topic.
Please read the following topic for details, however it is not merged to the main repo and is not quite yet available for use.
http://enigma-dev.org/forums/index.php?topic=1742

When I it is merged I can write you an example with a basic threaded video playback if you like.

also they have a new audio engine, no regrets, in fact I remember there was a good deal / special for GM8.1 to GM:S, even got the HTML5 deal too.

The new audio system was overdue, their first implementation of OpenAL which we had for years was pure butchery. Then they just recently deprecated all of the music functions after they realized how dumb they were. It is great but their execution of their ideas is really botched.

That is standard on most company forums.

That is really bad though, because people have their freedom of speech, and competition is good for consumers.

LGM has automatic completion in the code editors and the shader editor, start typing and hit CTRL+Space.

I think any  good, honest, serious company (serious about their product and the very people that put bread and butter on their table and reason for existing) should openly accept criticism, providing it is genuine and constructive.

Exactly, this also allows them to publicly address it and with good PR skills they could even for instance apologize and promise to do better making it a positive for their image and say "hey look at least we don't ignore your complaints and criticisms like other companies" etc.

BTW, if I were to compare GM Studio and ENIGMA in terms of GML, how compatible would you say is your program in terms of %

It would be good to have the LateralGM automatically determine which APIs
to check, based on the project, to avoid having to check anything, allow
manual or automatic would be nice.  Example if a project uses audio, the proper default setting would be selected and greyed out, so you cannot disable it as your project would NOT compile otherwise.   If a program uses video, then directshow would be checked and greyed out.....if you used physics, same......etc.

Save your project as an EGM and it will save all of ENIGMA settings, so you won't have to set them each time you run. We just can't save those settings to Global Game Settings or GMX or GMK because those aren't our formats, so we invented our own.
1829

« on: January 29, 2014, 09:22:53 PM »
You mean mutual exclusion, not important right now since its only used for asynchronous messages atm.
https://en.wikipedia.org/wiki/Mutual_exclusion

I was not aware of that though, so thanks for informing me. However I have to disagree because if somebody has that going on they clearly haven't written their threads correctly. This occured with me when making some plugin changes where the plugin plays red light green light when loading so that it can register the EGM format, start loading the plugin DLL in a thread, and at the same time return to the main LGM thread and start loading the project and then fire a reload performed which propagates back to the plugin when the driver is finished being initialized.

Take a look at the main entry point for the LGM plugin and you'll see.
https://github.com/enigma-dev/lgmplugin/blob/master/org/enigma/EnigmaRunner.java#L201
The fixes to my original version are thanks to TGMG.
1830