At the request of new members I have decided to fix the bug in my voxel raster example. This was the first thing I wrote when I joined ENIGMA.

There are two types of voxels, one is like Minecraft involving cubes, the other involves raster graphics. Basically you just ray-trace every pixel of the display into the scene. This made it possible for early 90's games such as Outcast to do special effects such as bump mapping and water reflections. This technique was also used in the first Comanche games for rendering the terrain. 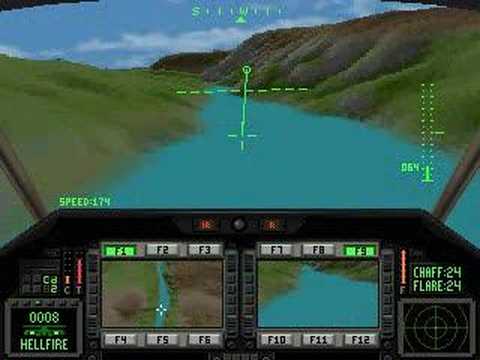 Most of Wikipedia's information covers Minecrafts version of voxels.
http://en.wikipedia.org/wiki/Voxel

Which I am going to touch up as well with some elaborated information. My method is similar to 3D scanning and what satellites do.
2102

Especially because YoYoGames is copying and pasting everything Unity is fucking doing and now have it on their roadmap.
http://help.yoyogames.com/entries/22906648
2103

I don't think it's fair to assume that because I set "Audio = none".

Well maybe not in your particular case because I was unable to produce 6mb executables.

DirectSound and OpenGL 1.1 without extensions disabled DirectSound and OpenGL 1.1 with extensions disabled OpenAL and OpenGL 1.1 with extensions disabled DirectSound and Direct3D9.0 with extensions disabled DirectX produces the smallest executable sizes because most of what it needs is already included in Windows including the DirectX end user runtime. Like I said before since Studio now uses only OpenAL on all platforms including Windows, which is very assinine, it produces comparable exe sizes with ENIGMA, but when ENIGMA compiles with the regular Windows API for things like audio and graphics the executable sizes are much much smaller. ENIGMA does not have a problem at all, the issue is trying to use OpenAL and OpenGL on Windows, which is just unnecessary on Linux those are smaller too because all of that stuff is packaged already.

Everybody complained about those cubes executable size and why OpenGL was 6mb's, it was 6mb's because it's OpenGL compiled for Windows, but everybody missed the fact that Direct3D came out the same size as Studio except the DirectX End User Runtime was compiled directly inside the executable.

I doubt crackling noises is the reason the exe's are that big. But I did update, no change in size.

I didn't say the crackling was causing your problem, but if you tried to compile a game on my older version of DirectSound it would have most likely segfaulted because it never read the WAVE header, that is why I was telling you to update before you try it just to make sure you didn't run into compile problems during this test.

And even the 3mb should be cut down.

Yes that should be our objective, but as you can already see if you use DirectX you do get much smaller executable sizes, because it only has to run on Windows, where the runtime is usually already installed.

This is the entire reason I started righting DirectX into some of our systems and extensions. A truly cross-platform game engine would take the native API's for every platform and properly abstract and bridge them. People might as well stop saying Studio is cross-platform as well especially when it forces OpenAL on all platforms instead of using XAudio where it should be.
2104

With DirectSound I get a 3.60 mb empty game executable. I think it is fair to assume that the issue is OpenAL. Which could be because I have the old sound_* functions as well as the new audio_* functions.

You may also want to git-update first because I recently applied fixes to DirectSound so that it properly reads the WAVE headers and plays the audio back properly without crackling noises.
2105

Yes it did have spaces.

Also try putting it somewhere without spaces. As in, reextract it, do not try to copy and paste that folder, JDI failed to compile.
2107

Also, did you happen to extract ENIGMA to somewhere such as program files or another path that includes spaces?

And did you run the setup with administrative privelages?

You may also try opening the git-bash program and typing "rebuildcompiler" and then hitting enter, when that is done try reopening the program via enigma.exe
2108

« on: November 12, 2013, 02:33:19 AM »
And how exactly did you download? I assume the portable zip, correct? Did you extract the portable zip and then run enigma.exe? If so what exactly occurred, and did you do either of these things with administrative privileges?

You should also join our IRC so we can chat in real-time and we can resolve this much quicker.
http://enigma-dev.org/forums/index.php?board=45.0
2109

« on: November 11, 2013, 07:00:48 PM »
I am really sorry about having mis-communicated with you Lateralus, and also very sorry I committed that code from Windows, I just had no way of testing it, I actually made a 1 line mistake I had double where I needed int, I'll try to make these mistakes less often, really sorry about that.

The errors you are having are my fault it was from code I committed from Windows. It has been fixed, please git fetch git update from the repository and it should compile.
2112

Edit: I put the correct MD5 sum but forgot to reupload the jar, it's all fixed now.
2114