A Command Line Interface (CLI) is a way to communicate with/use a program exclusively through a command line, or terminal. This is especially useful in a Headless system or for scripts, such as performing operations in bulk, or for users who prefer the command line or don't have a Graphical User Interface (GUI). Because of this, most compilers and Linux software provide a CLI in addition to, or in place of, a GUI. ENIGMA has two command line interfaces, a native C++ one (emake) and a Java one (obsolete), that can be used to build games. 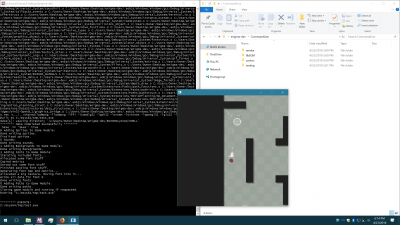