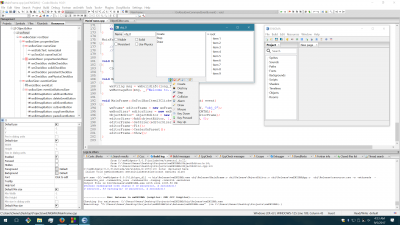 wxENIGMA was an attempt by User:Goombert to create a C++ IDE for ENIGMA using wxWidgets as the GUI presentation layer. It went quite well at first and was being partially developed with the help and guidance of User:JoshDreamland and was able to compile empty projects with ENIGMA natively through compileEGMf.