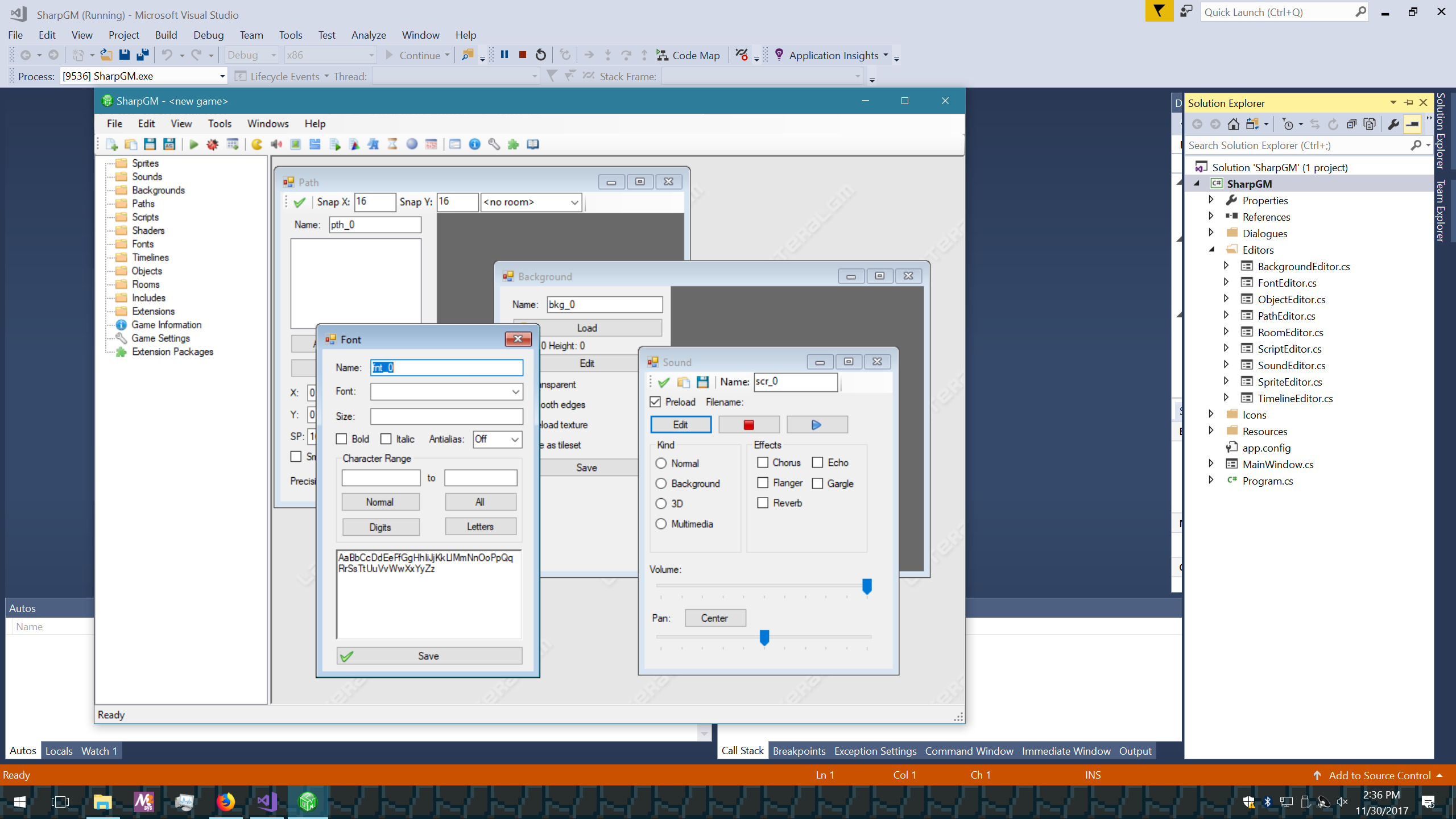 SharpGM or SGM was an attempt by User:Goombert to port LateralGM to C# using Windows Forms/GTK# for the GUI and presentation layer. It made substantial progress at first by creating a number of the editors but continued progress was hindered by the lack of out-of-the-box data binding features available. The fact also remained that it would have to solve the same ENIGMA compiler communication problems as LateralGM, using C# instead of Java and JNA to talk to the C++ dll.